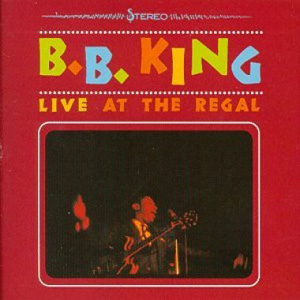 There may be three "Kings" in the blues, but there can be no doubt that B.B. is the undisputed king of the blues. For over 50 years now, King has wowed music fans and fellow musicians alike with his trademark butterfly vibrato, sweet and melodic phrases, and powerful yet velvety voice.

It's become almost cliché yet the phrase still rings true (literally): B.B. King needs play only one note, and you immediately know it's him. Perhaps the biggest reason for this is his magnificent, pitch-perfect "butterfly" vibrato. When King began adding vibrato to his notes, in the '50s, it was not a technique common to the guitar, so the mere presence of vibrato was a big deal. Another important factor is his unmistakable tone, which comes courtesy of his treasured "Lucille," the Gibson ES-355 he's favored for the past 50 years, and a Lab Series L5 solid-state amplifier.

But the real excitement comes when King plays more than one note. His phrases, drawn largely from three distinct scale "boxes" (one is aptly named the "B.B. King box") located on the top three strings, constitute some of the most vocal-like guitar lines ever recorded. To achieve that singing quality, King uses string bending—from quarter-step inflections to one-and-a-half step leaps—as well as legato techniques, particularly his trademark "slides to the I." And what further sets King apart from so many blues guitarists is his mastery of mixing minor and major sounds, weaving effortlessly between minor and major pentatonic scales, the blues scale, and the Mixolydian mode.