After a little tease of "Hot For Teacher" and "House of Pain" from John 5 while Coury set up behind the kit, Anthony launched the group into "Runnin' With the Devil," followed by "Take Your Whiskey Home" and "You Really Got Me."

The 2018 Year in Review - Your Favorite Songs, Lessons, and Tabs

As 2018 comes to an end, we're excited to say that, thanks to you, it was our best year yet. Not surprisingly, classic rock ruled the roost for our most popular song lessons and guitar tabs, with timeless entries from Eagles, Eric Clapton, Dire Straits, and Pink Floyd, among others, leading the way.

So without further pomp and circumstance, here are the songs and lessons you liked the best in 2018.

In this free lick lesson, instructor Matthew Schroeder offers up a savage double-stop lick in A, in the style of Rolling Stones, Lynyrd Skynyrd, and the Black Crowes. For more like this, see Matt's Creative Rock Licks lesson.

Free Lesson: Wild Over-Bends in an A Minor Lick by Troy Stetina

The Most Popular Lessons and Tabs of 2017

We think it's both fun and informative to look back at what lessons, guitar tabs, chords/lyrics sheets, and other items you viewed the most over the past year. Not surprisingly, classic rock ruled the roost, and we can hardly blame you -- these songs are "classics" for a reason.

One of the most interesting results here is that our "Sultans of Swing" song lesson not only was your favorite item at GuitarInstructor.com, it was #1 in a landslide!

If you've already worked through these, great! If not, be sure to check out what you've been missing!

Since his 2011 debut album, +, singer-songwriter Ed Sheeran has become of the biggest pop stars on the planet. Armed with his signature Martin acoustic guitar, Sheeran has consistently topped the charts with his infectious pop grooves.

We've just added brand-new G-Plus Audio play-along songs for six of Sheeran's biggest hits, including "Thinking Out Loud," "Photograph," "Shape of You," "Galway Girl," "The A Team," and "Lego House." Each song features a full backing track, from which you can remove or isolate the guitar, add a click track, slow the tempo, or loop tough sections for more focused practice, plus auto-scrolling guitar tab. These are the ultimate play-along tools on the web! 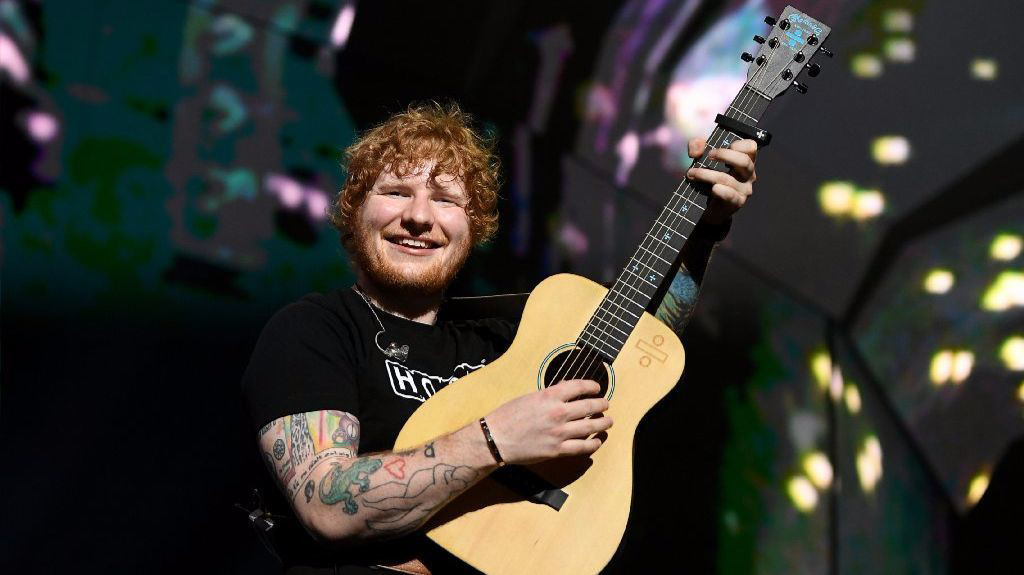