Vote For Your Favorite Prog-Rock Guitarist

People who know me know that although I love all kinds of music, if I had to choose just one, prog-rock is tops in my book. And this being a stellar month for prog-rock releases—Dream Theater, Opeth, Steven Wilson, Steve Hackett—I thought it might be a good time to ask who your favorite prog-rock guitarist is. Even though I admire and respect all these guys, I'll be casting the first vote for my fave, Mr. Steve Rothery of Marillion. So get your geek on and cast yer vote!

The Future of the Music Business by Steve Gordon

Montclair, NJ (September 13, 2011) -- Hal Leonard Books has published The Future of the Music Business ($29.99) by Steve Gordon. This 350-page Third Edition is a practical guide for artists and entrepreneurs on how to succeed in the music business with the new digital technologies.

New technologies are revolutionizing the music business. While these changes may be smashing traditional business models and creating havoc among the major record companies, they are also providing new opportunities for unsigned artists, independent labels, and music business entrepreneurs.

The Future of the Music Business provides a legal and business road map for success in today's music business by setting forth a comprehensive summary of the rules pertaining to the traditional music business, including music licensing, as well as the laws governing online distribution of music and video.

The book provides practical tips for:

This revised third edition is the most up-to-date and thorough examination of current trends, and offers special sections on:

The accompanying DVD includes a comprehensive lecture, "How to Succeed in Today's Music Business," delivered by Mr. Gordon at the Tisch School of the Arts at NYU.

A video trailer for The Future of the Music Business can be viewed below. To purchase the book, visit your local music retailer, bookstore, or click here.

About the Author:
Steve Gordon, an entertainment attorney and consultant based in New York City, operates a music clearance service and is an educator on entertainment and copyright law. The recipient of two Fulbright scholarships, Gordon has taught at Tel Aviv University in Israel and Bocconi University in Milan, Italy, and has also served as adjunct professor at the New School in New York City. He has lectured at many schools and universities, including Julliard, Wharton, and Columbia University.

According to a report at Blabbermouth, guitarist Orianthi has joined Alice Cooper for the second leg of his 2011 No More Mr. Nice Guy tour beginning September 22, in Auckland, New Zealand.

The 26-year-old fretboard phenom has certainly done well for herself, having already played with Steve Vai and Carlos Santana as well as country superstar Carrie Underwood and, of course, the king of pop, Michael Jackson. This tour, which finds Orianthi filling in for departing guitarist Damon Johnson, should bode well for her reaching a wider audience.

"It's very difficult to find someone to match the talents of Damon Johnson," said Cooper, "but not only did we find someone who is more than up to the challenge, she also looks way better."

"I'm super-excited to go on tour with Alice," said Orianthi. "It's a huge honor to be able to get on stage and jam with an icon."

Orianthi will make her live debut with the band on "The Tonight Show with Jay Leno," on Friday, September 9, at 11:30 pm EST.

I just got to preview the latest album from Chickenfoot, the mischievously titled Chickenfoot III, due out September 27 on eOne Music. While this latest effort from Sammy Hagar, Joe Satriani, Michael Anthony, and Chad Smith covers much of the same ground as their 2009 debut—straightforward classic rock-driven tunes whose only intent is soundtrack to a rockin' good time—it also explores some rather surprising territory. Here are track-by-track impressions.

"Last Temptation" The hardest rocker of the collection. Big, pounding riff, a bridge with more anticipation than a senior prom after party, and huge, catchy chorus. Thought it was just OK on first listen. Second time around, I loved it!
"Alright Alright" Interesting contrast to the opening track, this one scores big with a classic Stonesy vibe.
"Different Devil"  And now for something completely different ... This one could almost pass for latest Nashville modern country hit.
"Up Next" If it's possible to call something "classic 'Foot," this is it. Fans of Satch's solo material will love his otherworldly solo.
"Lighten Up" Retro '80s vibe on this one, but with a dark side.
"Come Closer" Wouldn't exactly call this a ballad—it's got more of a "Tom Petty goes R&B" thing happening. Definitely new ground for the 'Foot.
"Three and a Half Letters" Interesting content. The verses are composed of fan letters that Hagar's received from fans who are out of work and feeling desperate, while the chorus comprises a singular screamed statement: "I need a job!" Satch's guitar breaks reflect the "spinning out of control" state of the economy.
"Big Foot" Another signature Chickenfoot rocker (see video below)
"Dubai Blues" Sounds a lot like late '80s Van Hagar; some of Satch's best rhythm work on the album.
"Something Gone Wrong" Hagar borrows a page from the Paul Rodgers/Bad Company vocal playbook, which is a good fit over the minor-key 12-string acoustic bed. The banjo overdubs are a delightfully fitting touch.

For all the latest Chickenfoot news, visit www.chickenfoot.us.

Learn the Acoustic and Electric Guitar Styles of the Beatles

We're excited to announce two brand-new guitar video lessons that explore the guitar techniques of the Beatles. In Beatles Acoustic Guitar Style, instructor Doug Boduch examines the fingerstyle and strumming approaches of John, Paul, and George, as heard in songs like "Norwegian Wood," "Dear Prudence," and "Julia," among others. In Beatles Electric Guitar Style, Boduch teaches the rhythm, riff, and lead techniques of the same trio, as heard in classics like "Day Tripper," "I Feel Fine," "Drive My Car," and others. 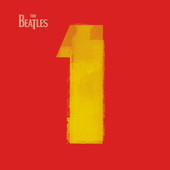 The world's best-selling album of the past decade, The Beatles 1, makes its global digital debut today exclusively on the iTunes Store. 1 collects all of The Beatles' singles released between 1963 and 1970 that reached #1 on the UK's Record Retailer chart and/or on Billboard's Hot 100 chart in the US.

Since its original release in 2000, 30 million physical copies of The Beatles 1 have been sold around the world, making it the decade's (2000-2009) top-selling album. The remastered 1 album will also be released on CD with updated packaging on September 13.

September is here, which means back-to-school blues, summer's end blues, and it's-about-time-I-clear-my-desk blues. As a result of the latter, here are five albums to help satiate your fall blues fix:

Unconditional Ana Popovic (Eclecto Groove)
The CD cover features a naked Popovic carefully posed behind a Fender Strat—nice, but necessary? As is evident on this record, Popovic has big-league blues chops, so why the "sex sells" angle? Recorded at Piety Street studios in New Orleans, Unconditional captures just the right touch of Cajun romp 'n' stomp, with a guest slide solo from N'awlins native Sonny Landreth on "Slideshow" and excellent harp work by Jason Ricci on the standout track "Count Me In."

Low Down and Tore Up Duke Robillard Band (Stony Plain)
For this latest release, blues chameleon Duke Robillard and his band go back to the 1940s and 1950s to revisit and recapture the skronkin' R&B sounds heard in black America's clubs, bars, and backyard BBQs at the time. Album opener "Quicksand"—contrary to its name—is an uplifting, tenor sax-driven blues that will have you cravin' ribs and cornbread in no time flat.

Greyhound Mike Zito (Eclecto Groove)
We first became enthralled with Mike Zito upon hearing his 2010 release Pearl River, and his new album, Greyhound, shows he no flash in the pan. Exploring more the Americana side of the blues on this release, Zito's songwriting is what stands out, with a down-home charm not unlike John Mellencamp's roots-based work.