Guitarists "of a certain age" will surely remember the Hot Licks guitar video series. These old VHS tapes—and later, DVDs—brought such amazing pickers as Eric Johnson, Jason Becker, George Benson, and Brent Mason into your practice room, giving you the opportunity to see what they played and how they played it right up close. You may also remember that the guitar tab booklets that came with the videos were a bit "thin," with only about 10% of the content transcribed.

For the first time, Hal Leonard is reissuing this legendary Hot Licks video series in book format, with online access to all of the classic video footage. Plus, all of the guitar tab from the original video booklets has been re-transcribed and edited using modern-day technology to provide you with the most accurate transcriptions ever created for this series. And, they’ve included tab for examples that were previously not transcribed, providing you with the most comprehensive Hot Licks guitar lessons yet.

The good news for GuitarInstructor.com users is that we get to bring it to you in video lesson format, by chapter, along with free downloadable tab for all of the examples.

We've also just posted the guitar tab for Brent's smokin' 1997 album, Hot Wired, so be sure to check those out, too.

Check out this sample from his Telecaster Chicken Pickin' lesson: 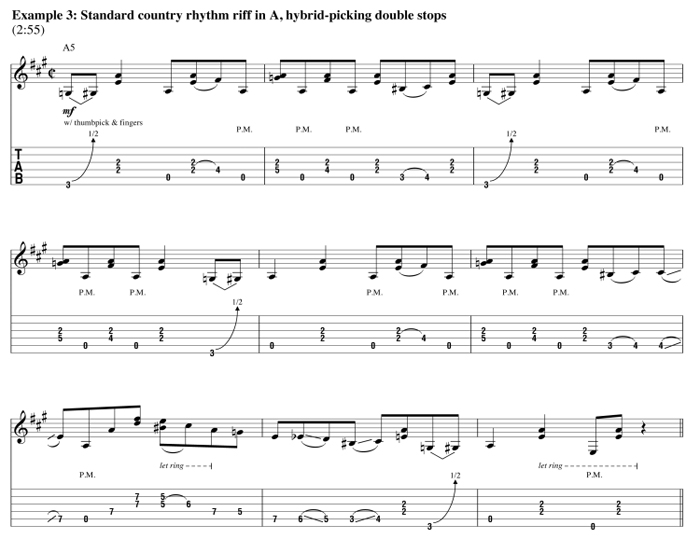 Learn a Pat Martino-inspired lick over a ii-iv progression

Our first free lesson Friday of 2017 comes courtesy of jazz guitar instructor Paul Silbergleit, who teaches a cool Pat Martino-inspired lick to use over a ii-iv progression. This lick comes from Paul's lesson Connecting Jazz Licks.

How to Solo over a Static Dominant 7 Vamp

A few weeks ago, we brought you Carl Culpepper's killer lesson on how to solo over a static minor 7th chord vamp, and judging by how many times it was viewed, you loved it. So now we're excited to bring you Carl's new lesson on soloing over a static dominant 7th chord vamp, in which he shows you how to master the art of creating colorful lines and phrases by mixing the Mixolydian mode with the blues scale, pentatonic scales, and more. Plus, get a free download of the jam track he uses in the lesson!

New Lessons on How to Play Two Fleetwood Mac Classics

Fleetwood Mac guitarist Lindsey Buckingham is one of the most underrated players of the past 40 years. His unique fingerstyle approach to both electric and acoustic guitar helped him to create not only his own signature tone but also a key component in the gorgeous aural layers that define the Fleetwood Mac sound.

In these two new lessons, instructor Doug Boduch employs his own estimable fingerpicking skills to teach you every technique and nuance necessary to play these classic hits.