We're excited to welcome instructor Jason Busse to the GuitarInstructor family. Hailing from Appleton, Wisconsin, where he teaches styles ranging from classical, fingerstyle, and percussive acoustic guitar to country, rock, and metal, Jason has with over two decades of experience in live performance.

Jason's first contribution to GuitarInstructor.com is his Guitar Boot Camp—a lesson series for beginner to intermediate level players looking to learn from scratch or brush up on essential guitar skills and techniques. The first three lessons in this new series—Vibrato, Muting, and Notes on the Fretboard—are now available, and more titles will be coming soon. 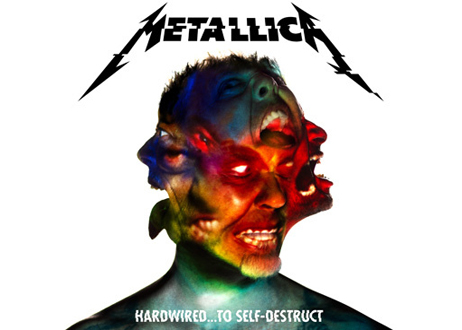 Metallica will kick off their WorldWired 2017 North American tour in support of their new album Hardwired...To Self-Destruct tonight in Baltimore, MD at M&T Bank Stadium. The tour will crisscross its way across North America into the summer, marking the band's first proper North American tour since 2009. Avenged Sevenfold and Volbeat will be the main support acts for the tour run. See below for a list of all confirmed dates and visit www.metallica.com for complete ticket info.

*With Avenged Sevenfold
^With Volbeat
+With Gojira
#With Local H

In our newest G-Plus song lesson, you'll learn a-how-how-how to play ZZ Top's hallmark hit "La Grange," from their 1973 album Tres Hombres. Though not the first to use the technique, guitarist Billy Gibbons is widely known as the grand-daddy of pinch harmonics thanks to his judicious employment of them in this tune's second solo. Instructor Doug Boduch will teach you not only how to coax these savory squeals from your own axe but also how to nail the song's signature riff and all parts in between.

In this free lesson excerpt, instructor Chris Woods teaches you how to create a basic percussive kick-drum-and-snare beat on acoustic guitar. For more, check out Percussive Guitar: Basic Beat 1 and his related video lessons.

From founding guitarist Hillel Slovak to Dave Navarro to John Frusciante to current six-stringer Josh Klinghoffer, the band has always featured funky and highly inventive guitar parts. In our three newest video song lessons, each featuring onscreen guitar tab, you'll get an inside look at some of their best riffs.

In this new master class video lesson, which includes downloadable tab, instructor Carl Culpepper shows you how to use the Phrygian dominant scale—or, the fifth mode of harmonic minor—to create colorful yet intense lines in a hard rock or neoclassical metal context.