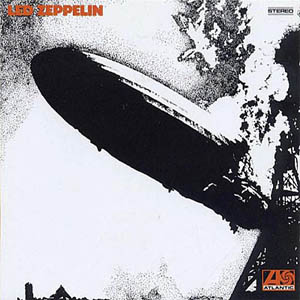 You could say that despite being widely recognized as the greatest hard rock band in history, Led Zeppelin's musical talents are somewhat underappreciated—particularly those of guitarist Jimmy Page. Sure, his technique may be less than stellar, but his gift for writing timeless riffs and epic songs, and even for making somewhat sloppy licks as if they were meant to sound precisely that way more than demonstrates Page's greatness.

There may be only one band in rock history who can compare favorably with the compositional breadth and depth of Led Zeppelin, and that's the Beatles—pretty nice company to keep. This is largely due to Page's willingness to explore sounds beyond the blues-based classic rock typical of his genre. The Middle Eastern tinge of "Kashmir," the psychedelia of "Dazed and Confused," and the proto-metal drive of "Whole Lotta Love" are just a few examples of his versatility. That's not to say that Page didn't embrace and exploit the blues just as well as anyone who's ever held a guitar, as evidenced in such classic riffs as "Heartbreaker," "Black Dog," and "Rock and Roll."

Adding further scope to his genius, Page is also responsible for some of the greatest acoustic-rock riffs of all time. From the Celtic sounds of "Over the Hills and Far Away" to open-string drones of "Ramble On" to his mastery of DADGAD on "Black Mountain Side" to his experimentation with open and altered tunings on "Bron-Y-Aur Stomp," "Going to California," and "The Rain Song," Page proved time and again that his sense of orchestration and arranging is virtually unmatched in hard rock.