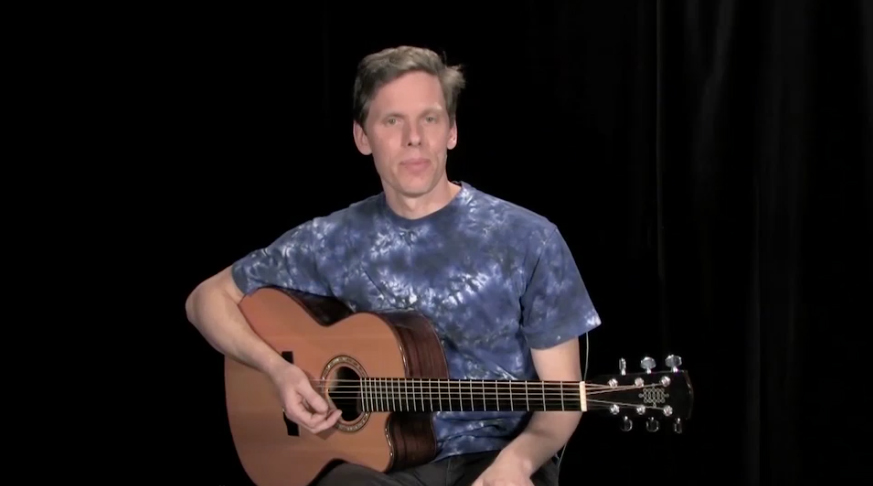 Jeffrey Pepper Rodgers has combined his twin passions for words and music since he was a teenager.
A grand prize winner in the John Lennon Songwriting Contest, Rodgers performs original folk rock with masterful band-in-a-box accompaniment on acoustic guitar. He has released five solo albums, plus two DVDs teaching his acoustic arrangements of Grateful Dead songs.
Based in upstate New York, Rodgers performs both solo and in a trio with percussionist Josh Dekaney (Grupo Pagan, Samba Laranja) and singer-songwriter Wendy Ramsay (the Unstoppables). He has collaborated live and in the studio with renowned fiddler/singer Rani Arbo, and he has shared the stage with such artists as Peter Case, Karen Savoca and Pete Heitzman, Eric Bibb, Cheryl Wheeler, Peter Mulvey, Jeffrey Foucault, Christine Lavin, and Maura Kennedy.
Rodgers is also the founding editor of Acoustic Guitar magazine, a contributor to NPR’s All Things Considered, and author of Rock Troubadours (featuring his interviews with such artists as Jerry Garcia, Paul Simon, Joni Mitchell, and Dave Matthews) and other books on music. He teaches courses on songwriting and creative nonfiction writing in the honors program at Syracuse University and leads workshops on guitar and songwriting. To learn more, visit jeffreypepperrodgers.com.
Find a Teacher
Browse By Style
Testimonials