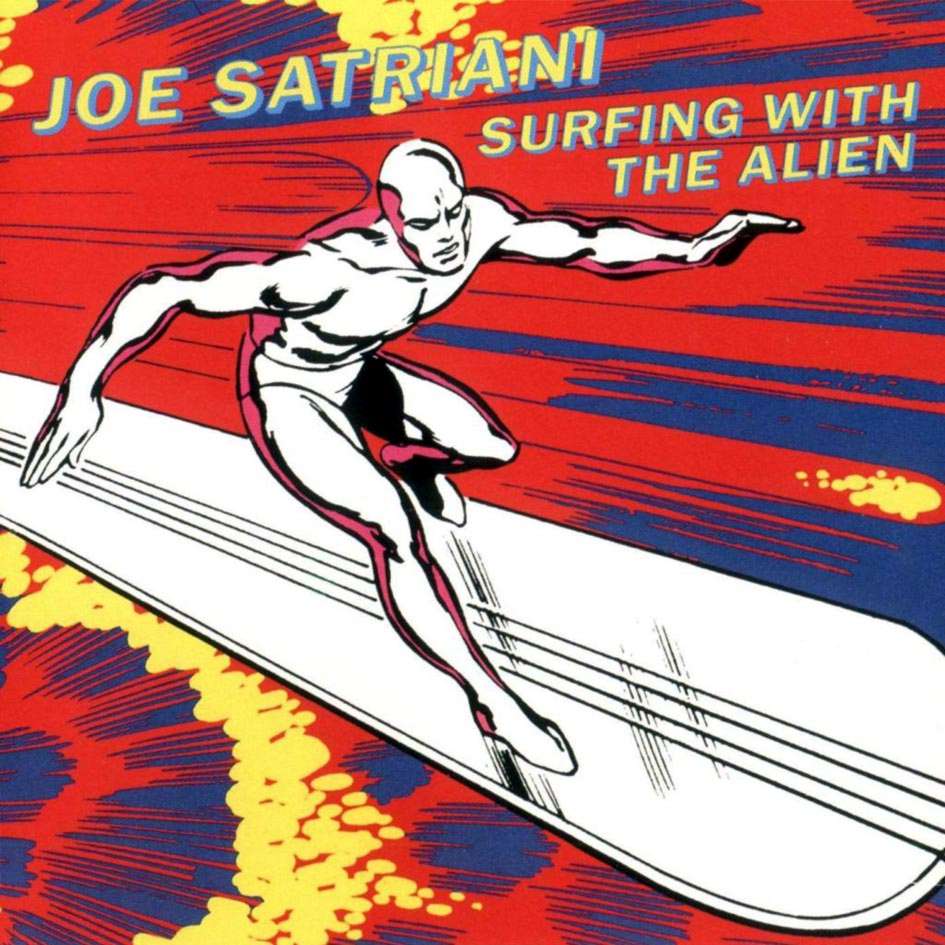 Look at any list of the all-time greatest guitarists, and you're certain to find Jimi Hendrix at the top. And that's because, simply stated, he is the most influential guitarist of all time.

Few guitarists are as comfortable burning through blues-scale licks as they are mixing modal lines to create unique and exotic sounds. Joe Satriani is one of those guitarists. Add to that his considerable tapping skills, harmonic exploitation, and whammy-bar inventiveness, and it becomes easy to see how Satch was able to pave the road for instrumental guitar's commercial viability.

Satriani released his debut solo album, Not of This Earth, in 1986. But it was the 1987 follow-up, Surfing With the Alien, that propelled Satch to guitar hero status. It became the first guitar instrumental album to crack the Top 40 charts, thus bringing the instrumental guitar genre to back to relevance it had not seen since the Ventures, Dick Dale, Duane Eddy, and others surfed their strings in the early '60s.

Prior to releasing Not of This Earth, Satriani had become something of a cult legend as the guitar teacher to such future guitar stars as Steve Vai, Metallica's Kirk Hammett, Counting Crows' David Bryson, and jazz guitarist Charlie Hunter.

In addition to his solo career, he has recorded and/or toured with Alice Cooper, Deep Purple, Mick Jagger, and Spinal Tap. In 1996 he created the G3 concert series, an almost annual touring guitar fest featuring Satriani along with two other superstar guitarists, most notably Steve Vai, as well as icons like John Petrucci, Eric Johnson, and Yngwie Malmsteen, among many others. The G3: Live in Concert DVD, recorded in 1997 and featuring Steve Vai and Eric Johnson, has sold over one million copies.

Satriani's most recent collaboration, with singer Sammy Hagar, bassist Michael Anthony, and drummer Chad Smith, resulted in one of the most acclaimed hard rock supergroups of the past decade, Chickenfoot.

Satriani is a long-time endorser of Ibanez guitars, particularly the JS Series, which contains several models, including the JS20TH, which features silver surfer artwork to commemorate the 20th anniversary of Surfing With the Alien. Satriani also developed the signature JSX series of Peavey amps (he has since switched to the Marshall JVM series), as well as several pedals in cooperation with Vox—the Satchurator distortion, Time Machine delay, and the Big Bad Wah.