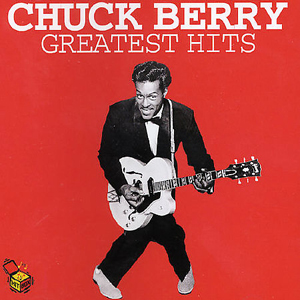 Applying the boogie-woogie lines of his pianist Johnnie Johnson to his Gibson ES-350T, Chuck Berry thus invented the sound of rock 'n' roll. Then, with his trademark unison bends and sliding double stops, he ushered in the age of rock lead guitar. And finally, with his famous duckwalking stage act, he showed that rock 'n' roll wasn't just music—it was a party.

As a guitarist rooted solidly in the blues, Berry's songs typically followed the standard 12-bar blues format, albeit with his chugging boogie-woogie (5th-6th) rhythms. A short list of rock legends who "borrowed" this rhythm format—the Beatles, the Rolling Stones, Aerosmith, Van Halen—demonstrates just how influential Berry was; indeed, anyone who picked up a guitar after 1955 has been influenced by him, either directly or indirectly.

Berry's soloing technique was equally revolutionary. Master of double and triple stops constructed from the chords in the harmony, Berry never left his audience thinking, "Hey, now would be a good time to get another beer." Certainly, many of Berry's now-signature licks existed previously in the hands of bluesmen, but none had ever put them all together like he did. From the T-Bone Walker-inspired unison bends in "Johnny B. Goode" to the Muddy Waters-derived IV-I double-stop moves of "No Particular Place to Go," every rock guitarist who's followed owes Berry an enormous debt of gratitude.