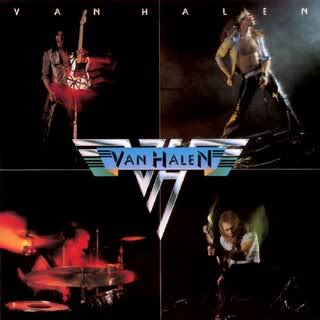 Roughly 10 years after Jimi Hendrix turned the guitar-playing world on its ear, a young Dutch kid in Los Angeles was mounting his very own revolution. And just as Jimi forever changed the way the guitar was played and the way it sounded, Eddie Van Halen achieved the same thing, taking it all up a notch in the process.

It begins in 1976, when during Van Halen gigs, Eddie would turn his back to the crowd and play, leaving those in attendance to wonder how on God's green earth he was making those sounds. It wasn't long before Van Halen would reveal his "secret" technique to the world: he was using his right hand's index finger to tap notes directly on the fretboard, for that liquidy, ebullient sound. But even though tapping has become Van Halen's lasting legacy, his influence and singularity runs far deeper.

Continuing with technique-based innovations, almost all rock guitarists in the '70s were playing blues-based licks with heavy overdrive to fuel their classic rock songs. Eddie, however, playing those same licks, somehow managed to make them sound heavier, more intense, and more alive. Even his idiosyncrasies have become trademarks; for example, his penchant for quintuplet rhythms has helped define his phrasing. And his use of a simple 1-2-4 finger pattern across all six strings—a pattern having no defined tonality—has resulted in the unofficial moniker of the "EVH scale."

And then there's that awesome tone. Commonly called the "brown sound," Eddie plugged his "Frankenstein" Strat, loaded with a slanted humbucker, into a Marshall plexi head, ran it through a voltage regulator (which allowed him to fully drive the power tubes without the accompanying eardrum-bursting volume), and out through Marshall 4x12 cabs, and a new standard in rock tone was born. Add in his innovative use of the MXR Phase 90, flanger, his secret tone weapon (a MXR 10-band EQ pedal), and his revolutionary employment of the Floyd Rose whammy bar, and you've got all the evidence you need to see why Eddie Van Halen sits at the top of the elite guitarists.